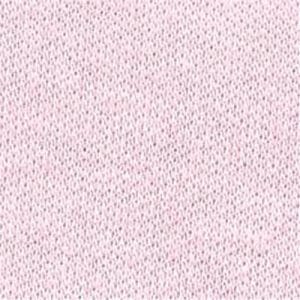 Sewing is pretty exciting (not that we need to tell you that!). The idea of revving up your sewing machine and turning a plain piece of material into a drapery, dress, shirt, a pair of pants, a jacket, a blanket – or anything else you can think of – is pretty awesome.
Of course, in order to create a hand-sewn item, you’re going to need a few basic sewing essentials; thread, hand sewing needles, sewing patterns, and sewing tools are just some of the items that you’re going to need to have on-hand in your sewing room. Of course, you also need sewing fabric; after all, you can’t sew without material. From minky to linen and from suede to lace, there are so many different fabrics to choose from. While all of these textiles are great and certainly have their purpose, if you’re looking for something that’s easy to work with and super versatile, then you’re going to want to go with knit. It’s extremely flexible and can cut and sewn with ease; hence the reason why so many garments are made of knit material.
If you’re planning on making comfortable t-shirts, button down shirts, pajamas, or even socks, knit is the material that you’re going to want to work with. But there are so many different types of knits, so it’s important to know the difference between each option so that you can choose a material that will yield the best results. Of all the different types of knits, interlock is – without a doubt – one of the most popular. But what is an interlock knit and why is it so commonly used? In this sewing help guide, you’ll learn about the different characteristics of interlock knit fabric.

Interlock knit is a double knit fabric. It’s a variation of a rib knit and it’s similar to jersey knit, but it’s thicker; in fact, interlock knit is like two pieces of jersey knit attached back to back with the same thread. As a result, it has a lot more stretch than jersey knit; additionally, it looks the same on both sides of the material because the yarn drawn through the center, between the two sides. In addition to having more stretch than jersey knit and having the same appearance on both the front and back of the material, it’s also thicker than jersey; plus, it doesn’t curl. Interlock knit is the tightest of all knit fabrics. As such, it has the finest hand and the smoothest surface of all knits.

The Benefits of Interlock Knit

Given the qualities of interlock knit, this fabric has a lot of benefits, including:

Given all of these qualities, interlock knit is a fabric that you are definitely going to want to have in your sewing room.